MENUMENU
Journals
Posted on May 21, 2019 Just a Pair of Ducks For the past four weeks we have been in Language & Culture Acquisition School near Colorado Springs, CO to learn more about how to learn new languages and how to adjust to and accept a new culture. We were a little sad to leave and yet inspired and encouraged for what God has in store for us in Thailand. One of the main things we have appreciated are how the lessons are built around family learning: each day the kids receive a lesson which relates to what the adults learn; which gives us several discussion points in the evenings. One of the first lessons was about two ducks: the yay duck and the yuck duck. The yay duck sees the positive in any situation while the yuck duck sees the negative. Together they are a pair of ducks (a paradox) because they are both present. We tend towards one or the other but the healthiest people in a cross-cultural context understand that both can be a reality. It is okay for us to be excited to move to Thailand and yet still be sad about leaving America. Both perspectives of the same event are equally true, real, and valid.

One of our favorite parts about the last four weeks has been that the school was not just about learning but about experiencing. We were able to experience and discuss how to manage stress, expectations, grieving, and saying goodbye. You would think that the goodbyes would be easy for the people we had only known for one month but that wasn’t the case. The other students at the school were families and individuals who have also been called to serve cross-culturally and are in the same “preparing to go” stage that we are in. Who better to understand and relate to us? Even in saying the goodbyes there was a paradox; saying goodbye to each other was part of the training and gave us the opportunity to practice some ways to say goodbye well (yay), however, it was still sad to say goodbye to these friends whom we have essentially lived with for the past month (yuck). Gavin even called the day “sappy” because he was both sad and happy to leave.

While the entire four week training session helped us to learn about language and culture, it was also exhausting and we enjoyed spending our weekends exploring beautiful Colorado. Here are a few highlights of the past four weeks for us. 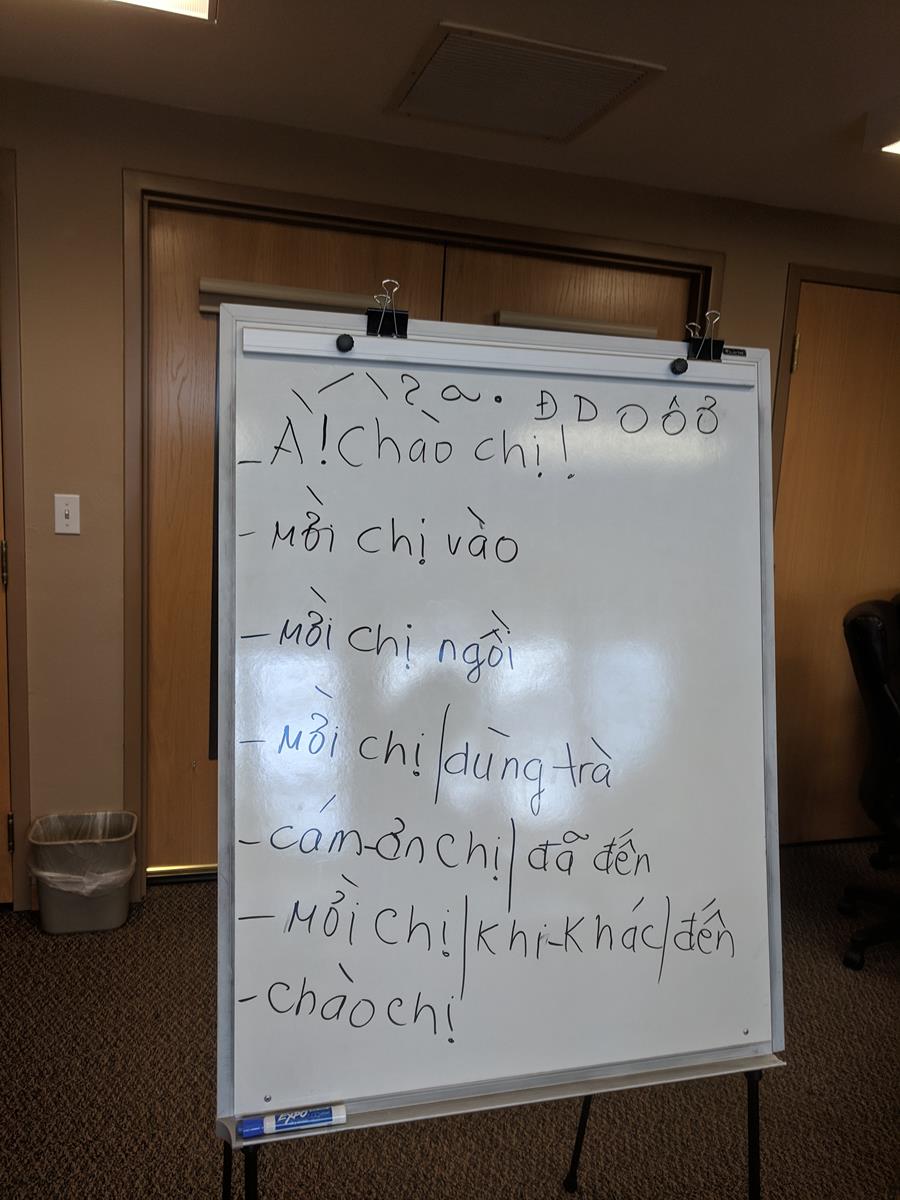 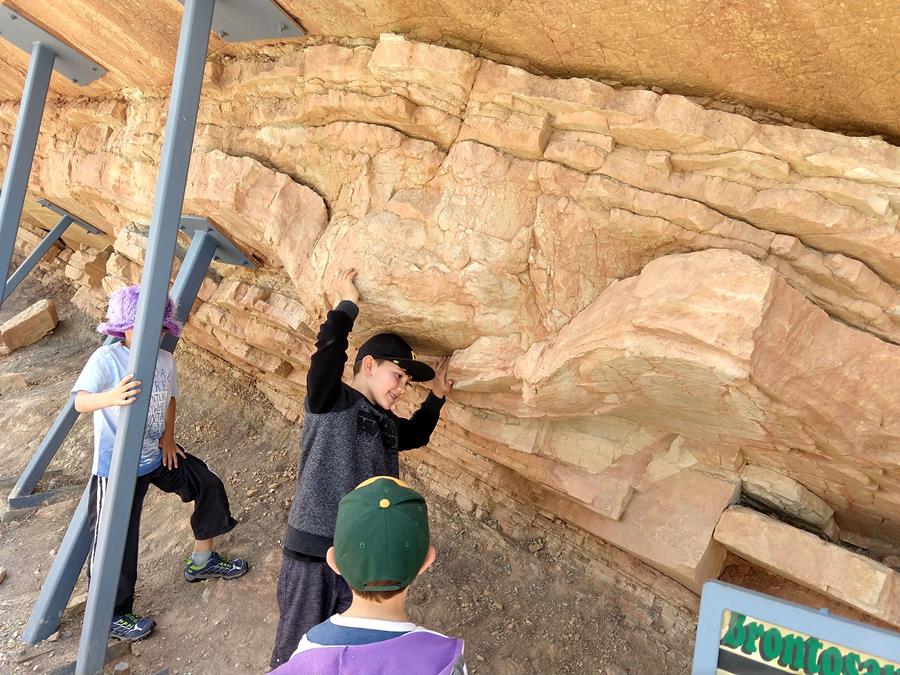 One of the more interesting places we visited was Dinosaur Ridge near Denver. That bulge in the rock right above Gavin is actually the imprint a Brontosaurus made when stepping in mud when Colorado was the edge of an ocean. 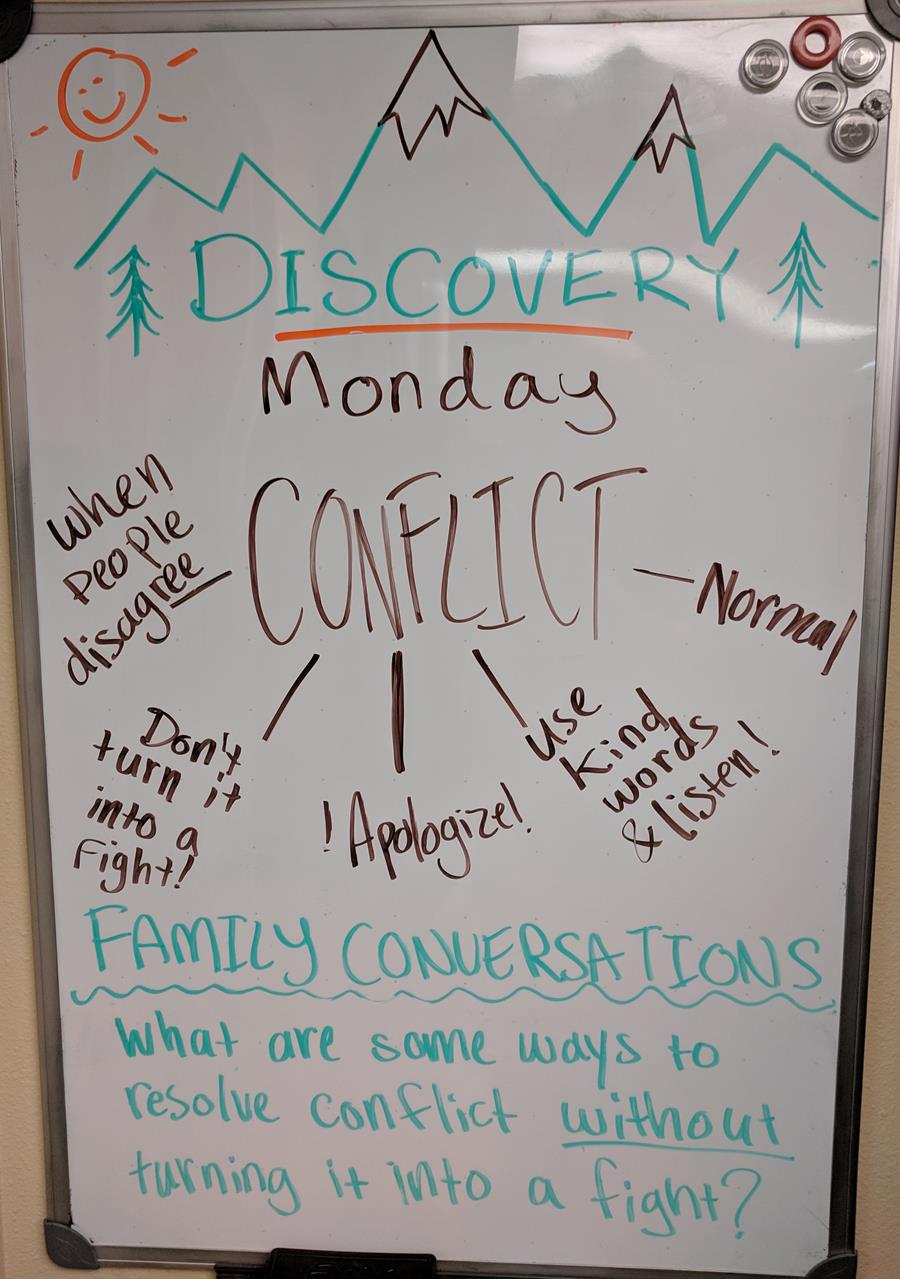 This is an example of one of Kolin’s lessons on conflict, the adults and older kids all had age appropriate lessons as well.

What has been the yay and yuck ducks for the kids during our four weeks of training?

Sydney made some very good friends here and getting to know them has been her yay duck. Her yuck duck is that she is sad to leave them because she doesn’t make friends very easily.

For Gavin, making new friends was his yay and missing his friends back home was his yuck duck.

Kolin also had a pair of ducks. His yay duck was the game room (he was playing air hockey, foosball, or ping pong any chance he had) and his yuck duck was missing his favorite stuffed animal (a puppy named Cowboy.)