The past few weeks we’ve had new opportunities to answer the question, “So, how did you end up here?” We often answer this question trying to balance the “big picture” with the present, the details of life in the here and now. We try to make sense of the journey that got us to this present moment, while also weaving our hopes and desires into the story of where we are headed. It’s a question with an ever-evolving answer. A question that requires us to reflect on our decisions, on the moments where the road split and we had to choose the path forward. A question that invites us to dig deeper into ourselves, to name our hopes and fears, to dream out loud even as we ground ourselves in our current realities.

As we’ve shared pieces of our journey in past weeks, I’ve felt a refreshed sense of hope in where we are headed.  In a recent conversation, a new acquaintance and friend so accurately picked out a pivotal moment in our story of “how we got to where we are today.” Many of you might not get to sit down with us on zoom or over coffee to hear first-hand our story. And so we wanted to give you the opportunity to read it here, and invite you to reach out if you’d be interested in learning more about our journey or if you know someone else who may want to hear more about where we come from and where we’re headed. Our first year in the schools!

During this conversation, we shared about our calling to work with students, the beginning of our ministry in the schools, and this mysterious alignment of gifts and vision grew into the ministry we now call “Mision Vida y Paz” (Mission Life and Peace), or “MVP.”  We described how a new community of people joined together around this mission to bring peace in new ways to a country that has been stifled by fear and violence for decades. And then we shared about our experience of leading a quickly growing nonprofit. The joys and challenges of realizing that this program we’d created was truly responding to a need in the community.

As word spread throughout town of “this new group of people working in the schools,” principals began to reach out to Eliberto and I, asking if we could bring MVP to their school. In one year, we expanded from one to three schools, from 820 to over 2,000 students, and from 15 to 40 volunteers. Our second year of ministry, we expanded into a second town, now serving in four schools, and a regional director of education approached us to ask if we’d be willing to implement MVP in all of his schools – over 1,000 schools. In this moment we knew – MVP was not meant to be a small side project. The demand for alterative and creative solutions to violence, lack of opportunity, and hopelessness was so high in El Salvador that educators themselves were becoming hopeless. They were willing to try anything, seeking any efforts that might possibly make a dent in the huge challenge of gang violence, broken families, immigration, and the overall fear of their students. And they saw that MVP was offering this different approach, a new way to think about community, a new way to inspire young people to become part of the change they want to see in their neighborhoods.

This realization – that the demand for a ministry like MVP in El Salvador offered endless opportunities for holistic, community-based work for transformation in the schools – brought us, as the leaders of this work, to seek friends, supports, partners in mission. We knew that our small team and limited resources would not allow for the type of expansion that educators were requesting of MVP. As we sought new connections, doors opened for us to become part of a global network of holistic ministry through International Ministries. And so we decided to move to the US, to increase our fundraising efforts, and to find new partners who believe in this work for peace. In the last three and a half years, we have met amazing and beautiful people – new friends and partners who feel a similar passion for young people to have new opportunities and be empowered to become part of the changes they aspire to see in their communities. 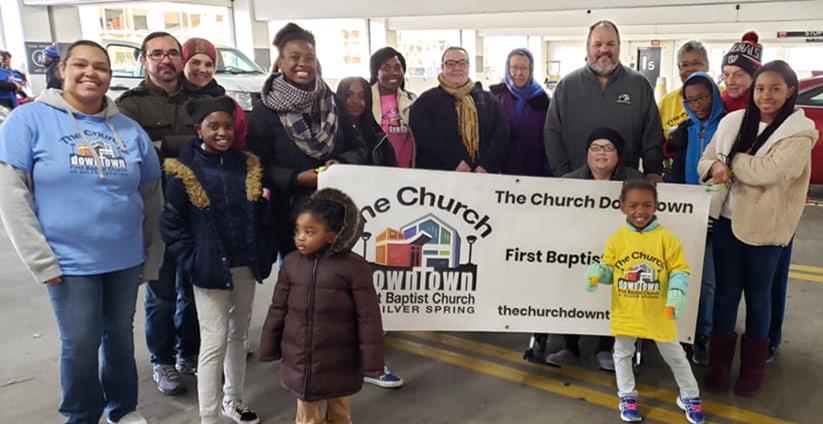 Some friends from our amazing church family here in Silver Spring, MD.

As we paused in our conversation, this new friend articulated our story in this way: “What I hear from your story is that you felt called to those students, to offering a new way towards hope for their communities, and that the program you created so accurately responds to the needs in El Salvador that other communities are thirsting for this kind of ministry. MVP answers a call, responds to the need, and does so in a way that others see and want to bring into their own neighborhoods. The pivotal point in your story was when you realized the potential for MVP and chose to find a way to make sustainable growth possible.” 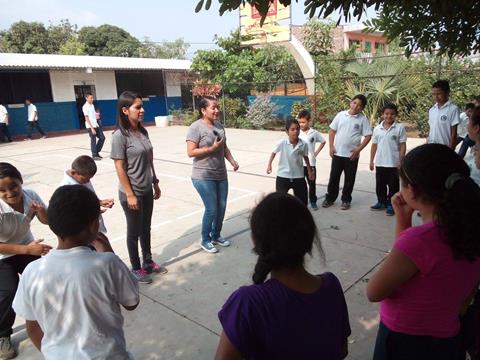 Pictures from the early days of MVP!

It’s funny how we can share the same story many times, but when we hear someone else articulate it back to us, we can feel a new sense of understanding of the journey that is our own! After almost four years here in the U.S., it’s easy to feel emotionally distant from the people we serve without being on the ground, immersed in the day to day work of teaching and relationship building. But as we shared our journey on this call, and with others in recent weeks, we are reminded not just of where we came from, but where we are headed. And many of you have been asking that question as well. What is going on in El Salvador now?  How does that affect your work and ministry when you return? When are you moving back?

As we attempt to answer these questions, we try to do so in the context of our journey over these past almost seven years of ministry with MVP. We are inspired by the desire of so many to offer hope to the new generation. And yet we recognize the challenges we will face upon returning to El Salvador. Schools were closed for two years due to the pandemic, and while they are now open, attendance is very low (less than 50% in the majority of schools). Originally, we chose to work in the schools because of the unique reach we had there – an ability to work with youth who we may not be able to “get in the room” any other way. But with attendance this low, are schools still strategically the best place to influence young people in these communities? The political situation in El Salvador has quickly spiraled over the past few years, and the past 6 weeks have presented even greater challenges. With increased gang violence and deaths, and abuse of power from the government, the cloud of fear covering El Salvador has gotten darker and darker – perhaps as dark as it was 40 years ago when the country was in the midst of its civil war. How do we work for long-lasting change when there is such chaos in both the social and political spheres? And finally the churches – they have lived through so much these past few years. Many leaders are experiencing burnout. How has this affected their own sense of hope? How might MVP offer hope not just to students, but to the volunteers from local churches who participate with us in this mission? 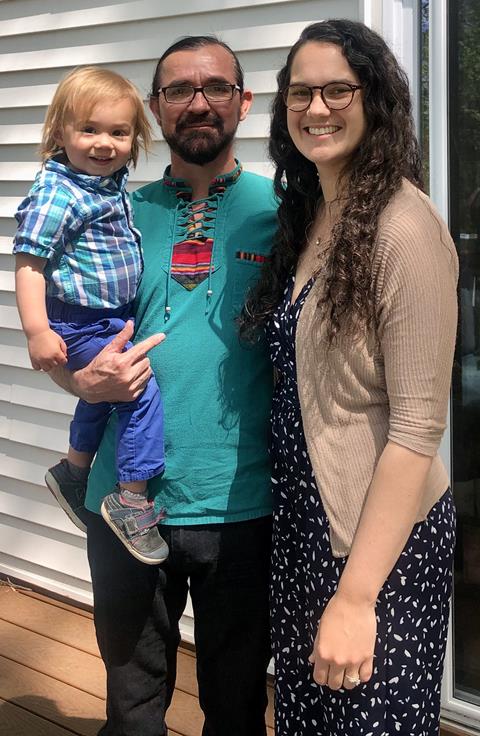 Excited for this little guy to call El Salvador home!

I know that I’ve answered questions with more questions. And yet this is the moment we find ourselves in. We are sure that God is calling us back to El Salvador, back to this grassroots, community-based work for peace. Still, we are unsure what it will look like, what will need to change, how our roles and relationships will need to adjust to meet the current restrictions and challenges of El Salvador today. Despite this uncertainty, we are ready. We are working hard towards our return, to being back on the ground. We look forward to the day when we can meet with our MVP family, sit together around a table and share a meal together with tears and laughter. We look forward to listening and discerning together where God might lead us as peace makers in our communities. This is an opportunity to return to our original questions: What more is God leading us to? How can we best reach young people to offer them hope and support for their futures? What does it mean to be peace makers in this moment?

And yet, a few things we are certain of – there is still lots of work to do in El Salvador, the Good News still offers us hope that peace is possible, and Jesus still invites us to actively participate in the work God is doing to restore lives, communities, and our world. We hold onto hope that MVP will continue to impact the lives of thousands of young people in El Salvador, growing through the support of friends and family around the world who also believe in this mission for peace.

Thank you for being part of the global MVP family.

In peace and with hope,